Born in Tyrol in 1994, the soprano debuted as Blonde in Anthony Pilavachi’s production of Mozart’s »Entführung aus dem Serail« at Schlossoper Haldenstein (Switzerland), as well as Zerlina in »Don Giovanni« at the Schlosstheater Schönbrunn in Vienna during her studies.

The Austrian got her first permanent engagement at the Halle Opera, where she made her debut as Bastienne in Tobias Kratzer’s production of Mozart’s “Bastien und Bastienne” and is a fixed member of the ensemble since 2018/19 there. Other roles were Susanna in “The Marriage of Figaro” at the Goethe-Theater Bad Lauchstädt, Oscar in Verdi’s “Un ballo in maschera”, Lucy in “Die Dreigroschenoper” and Titania in Britten’s “Midsummer Night’s Dream”.

In 2019 Vanessa Waldhart made her debut at the Int. Handel Festival Halle as Cleopatra (Julius Caesar in Ägypten) directed by Peter Konwitschny. In 2021 she sang Agilea (Teseo) and in 2022 appeared there as Daughter Zion in a scenic production of “Brockes Passion” by Walter Sutcliffe and Dorinda in “Orlando” under Christian Curnyn.
The role of the Queen of the Night she sang at Edda Moser’s “Festival of the German Language” at the Goethe Theater in Bad Lauchstädt, at Schlosstheater Schönbrunn Vienna, at the National Theater in Sarajevo, at the Theater Chemnitz and at the Mecklenburg State Theater in Schwerin.
The soprano was also invited to the International Gluck Festival and made her role debut as Konstanze in Mozart’s »Entführung aus dem Serail« at the Chamber Opera Schloss Rheinsberg in July 2022.
With the role of Fiakermilli in Strauss’ »Arabella« she will make her debut at the Aalto-Theater Essen in season 2022/23. 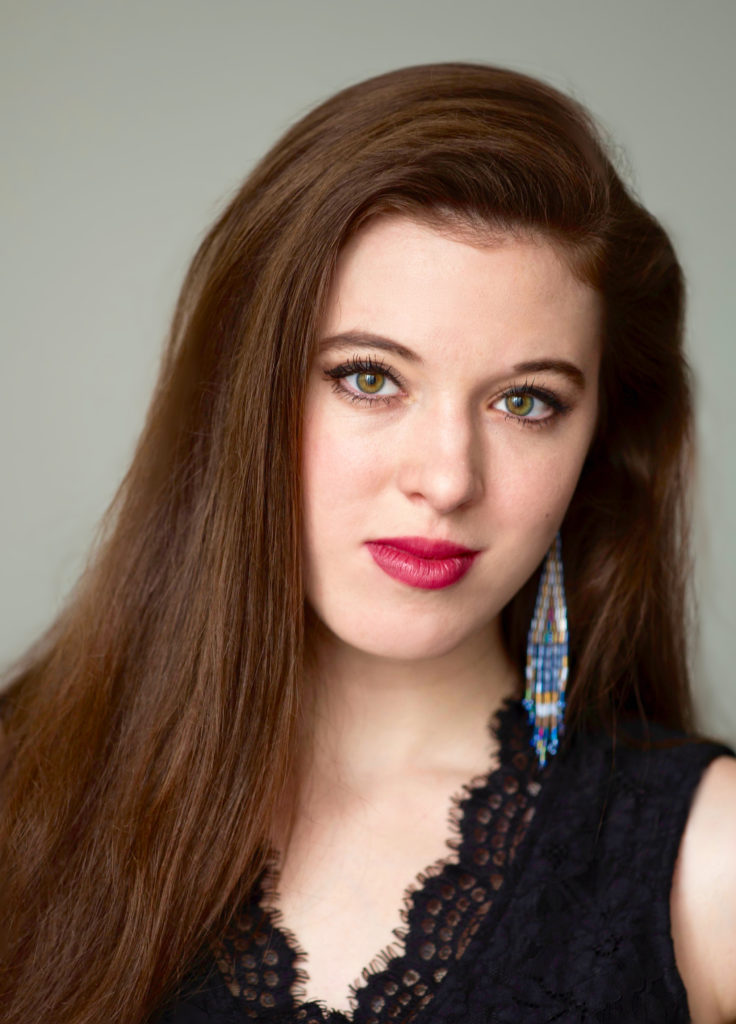 Among others Vanessa Waldhart won first prize at the 21. INTERNATIONAL FERRUCCIO TAGLIAVINI – singing competition and also received the „Dame Joan Sutherland“-Prize as best Soprano of the whole competition. In 2016 she also became First Prize Winner at „MUSICA JUVENTUTIS“ and got an invitation for a Lieder recital at the Konzerthaus Vienna in May 2017. She is first prizewinner at the singing competition of “Schlossoper Haldenstein” 2017, won the Gold Prize of “Manhattan Int. Music Competition, Voice” 2018, was finalist of “Online Vocal Competition” 2021 (Opera Tools) and is prizewinner at the “Kammeroper Schloss Rheinsberg” 2022. Beside that she is a scholarship winner of FOHN-Foundation Vienna 2015 and FEILING-Foundation 2016 and got the SYLFF-Fellowship of the Tokyo-Foundation for her distinguished accomplishments.

In addition to the opera she also sings recitals and concerts: With Carl Orff’s “Carmina Burana” she made her debut in the Golden Hall of the Wiener Musikverein, at the Grachtenfestival Amsterdam and in Innsbruck (Tyrol). She gave a recital in the Wiener Konzerthaus and sang the soprano solo in Pergolesi’s “Stabat mater” and Mozart’s “Exsultate Jubilate“. Mahler’s 4th symphony took her to Switzerland and she sang Eva in Haydn’s “Creation” at concerts in North and South Tyrol.

A great labour of love for Vanessa Waldhart is Duo Waldh-ART. Together with her father, musician and composer Roland Waldhart (guitar, saxophone, vocals) she gives concerts with a special program: they perform own compositions and jazz music as well as music from Latin-America.

This website uses cookies to improve your experience while you navigate through the website. Out of these, the cookies that are categorized as necessary are stored on your browser as they are essential for the working of basic functionalities of the website. We also use third-party cookies that help us analyze and understand how you use this website. These cookies will be stored in your browser only with your consent. You also have the option to opt-out of these cookies. But opting out of some of these cookies may affect your browsing experience.
Necessary Always Enabled
Necessary cookies are absolutely essential for the website to function properly. This category only includes cookies that ensures basic functionalities and security features of the website. These cookies do not store any personal information.
Non-necessary
Any cookies that may not be particularly necessary for the website to function and is used specifically to collect user personal data via analytics, ads, other embedded contents are termed as non-necessary cookies. It is mandatory to procure user consent prior to running these cookies on your website.
SAVE & ACCEPT